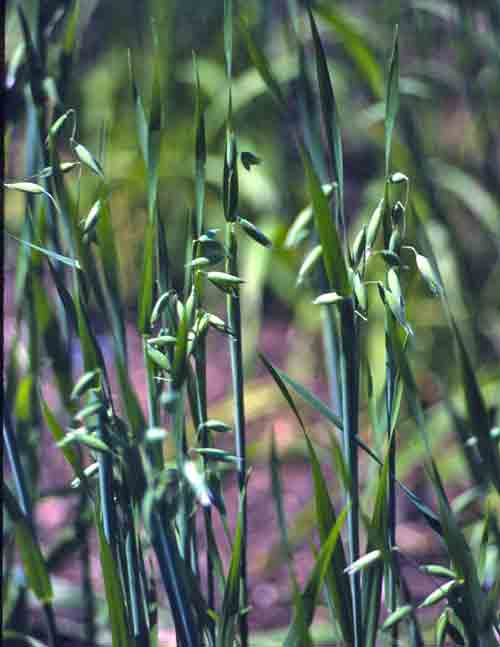 Sowing your wild rice. Feeling your millet. Hmmm. Things are just not the same without oats, are they? Actually, in recent generations, oats have enjoyed a better reputation than they have occasionally had in the past. Now that it has been discovered that oats are good for you, with abundant soluble and insoluble fiber, they are practically revered. It was not always so.

For many centuries, oats were deemed fit only for animals and barbarians. While Rome was still an empire, Pliny wrote contemptuously of oats, which were favored by the Germanic tribes. It was believed that such rough food must produce a rough character (oats are rough, barbarians are rough, there must be a connection). Paracelsus wrote that oatcakes, as well as cheese and milk, would contribute to having a disposition that lacked subtlety—i.e., you’re not quite civilized if you consume these things. In his great Dictionary of the English Language (1755), Samuel Johnson took a swipe at England’s northern neighbors, describing oats as “a grain which in England is generally given to horses, but in Scotland supports the people.” So the bias against the grain seems to have continued to be based in contempt for people that were somewhat less refined.

It is thought that a more valid reason for being annoyed with oats is that wild oats are so hardy that they can push out other grains that are being grown, particularly if farming is being done under less than ideal conditions. Oats are just plain tough. When wild oats invaded wheat and barley fields, farmers would rip them out and burn them—until they figured out that oats were surviving in colder climates and poorer soils, where wheat and barley often did not. Another reason for feeling contempt for oats was that they were, in fact, great fodder for animals, particularly horses. When crop rotation became the norm during the Middle Ages, oats were often planted in fields that were recovering from growing wheat. This increase in the availability of oats made it possible to feed more horses, and soon even the lower levels of society were becoming more mobile.

There is some debate as to where oats originated, but wild oats were being consumed in northern Europe in Neolithic times, so it seems likely that this was their first home. Also, oats prefer the cooler climates that characterize these regions. Oats had been domesticated by about 4000 BC. They were cultivated in central Europe during the Bronze Age and had spread to Britain by the Iron Age.

The Celts were the people who most wholeheartedly adopted oats. The Scots, Welsh, and Irish all have foods, drinks, and ceremonies that employ oats. Even the Bretons, the Celts of France, cherish oatmeal, which is sometimes called “Breton gruel,” though non-Celtic France has little interest in oats. Even today, in Europe, this hardy and hearty grain is still most popular among northern Europeans and Celts. However, in the United States, oats now rival corn and wheat in importance as a grain crop.

This originally appeared in a slightly different form in Hungry Magazine.